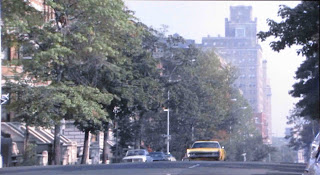 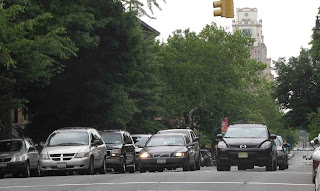 Finding locations like Henrietta and Pete's apartment takes a little research. In this case, I was pretty sure they actually filmed in the Brooklyn borough. I could tell from watching the movie that they filmed on a street with brownstones on one side and a park on the other.
Living in South Florida, it's not difficult to find someone who grew up in New York. I took the photos of these scenes to work and asked around. Everyone agreed that it had to be Prospsect Park (the wall was a give-away). There's only one street where you have townhomes on one side with the park on the other- Prospect Park West (again, this is coming from the N.Y.'ers).
So it was only a matter of taking the subway to the Grand Army Plaza stop and start walking. I don't remember the exact cross street but it was near 4th or 5th street. And low and behold, there it was.
Posted by Hart at 10:07 PM