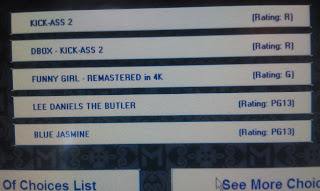 I vaguely remember seeing Funny Girl in the theater when it came out. I was there with my parents. I don't know why the brought me. As a child, it wasn't a movie that would hold my attention. My only memory was the tugboat scene.
I remember seeing it on network television a few years later. Again, too young to appreciate.
After I became a Barbra fan, I would hunt it down whenever it would show up on TV.
Way back when, the major cities in Texas had theaters screening double features of old movies. I'm sure this was true in all major cities back then, but I knew of a theater in San Antonio and Austin that would show double features of old movies. They would print a monthly calendar so you could plan ahead. They always screened Funny Girl with Funny Lady.
I was able to see such a screening in Austin. I believe it was the Varsity theater across the street from the University of Texas. It was definitely across the street from the University. This was my first screening on the big screen after becoming a Barbra fan.
I was amazed at the screening. I didn't understand Panavision or widescreen processes at that time. However, I could tell I was seeing images on the big screen that I didn't see on TV. The biggest shock was when she sang My Man at the end. During part of the song, she is on the right side of the screen- not dead center like on TV.
It was truly an eye-opening experience. Of course this was back before the videotape of Funny Girl was released. And even then, that was a pan and scan version. Years later, the widescreen laserdisc version was unavailable before I could buy one. Then years later, finally, the widescreen version on DVD was released.
But back in the early '80s, nothing could compare to the big screen.
Posted by Hart at 8:08 PM No comments: 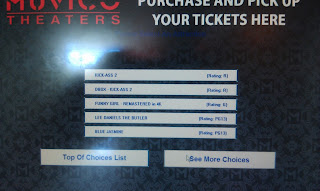 By luck last Wednesday, I was checking online to see what movies were playing this past weekend at my local theater. Imagine my surprise when I noticed Funny Girl listed as an option. I couldn't believe my eyes. I had no idea. One showing only. Sunday at 2:00 p.m. No display ad in the paper. No write up in the newspaper. No promotion what-so-ever. I emailed the local Barbra fans that I knew to give them a heads up. 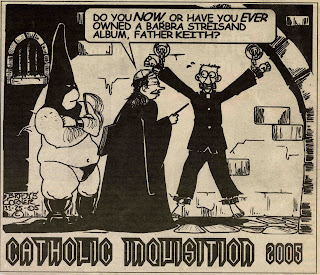 Strange!
Posted by Hart at 6:04 PM No comments: 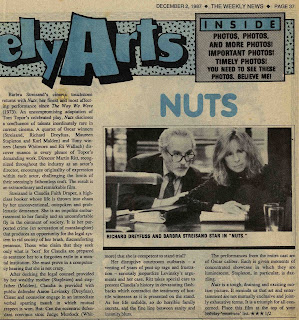 A glowing review from a local newspaper.
Posted by Hart at 8:08 PM No comments: 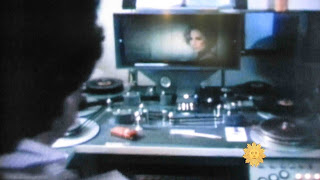 CBS Sunday morning recently interviewed Bette Midler regarding her portrayal of Sue Mengers on Broadway. The show mentioned that they interviewed the real Sue back in the '70s and showed a clip from the original episode. At the time Barbra was one of her biggest clients and they showed a few scenes in the editing room of Barbra's soon-to-be-released film, Funny Lady.
Posted by Hart at 6:34 PM No comments: 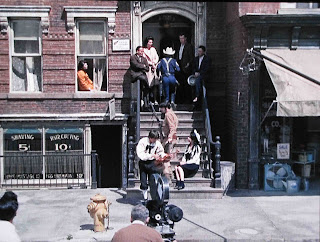 The photograph at the top is from the 1969 movie Head starring the Monkees. Look closely at the lower level windows where it says SHAVING 5 cents and HAIRCUTTING 10 cents. It's the same windows and location for Barbra Streisand to sing People.
Posted by Hart at 5:49 PM No comments:

Lucky Me - For Pete's Sake connection 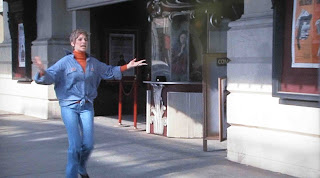 Doris and Barbra- how lucky can you get? I've always adored Doris Day- not as much as Barbra of course. I finally found a Doris Day/ Barbra Streisand connection. The top photograph is from Lucky Me, the bottom one For Pete's Sake. The same Warner Brother's backlot some twenty years apart. Even the box office is the same- repainted and moved back a bit.
Posted by Hart at 5:29 PM No comments: 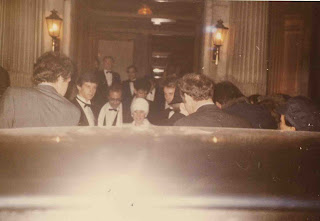 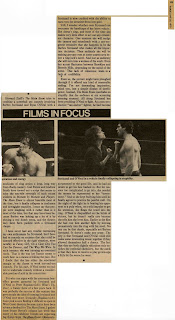 Not-so-great review of The Main Event. Not that it mattered. As the reviewer wrote, Streisand can turn a movie into gold. What I do object to is the fact that he gave away the ending- that's one of the reasons I don't read reviews until after I see a movie.
Posted by Hart at 5:24 PM No comments: